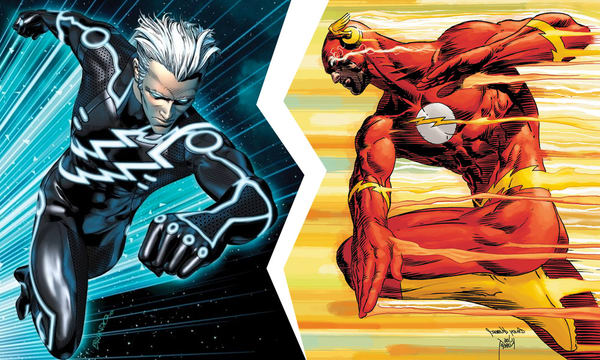 Howdy and good morning to all my fellow reader. This day is so special because aside from this is a special day for me, I will also spill out an interesting topic about the fastest heroes in marvel. So, do you ever wondering about who is the speediest? What if we make them fight each other like Flash against Silver Sulfur? I think it would be really interesting, right? Well, to predict the result of the battle that maybe will never going to happen, I will make this list of 5 fastest heroes in Marvel universe. So, what are you waiting for? Check it out!

There are a lot of people that assume if QuickSilver is the fastest man alive in Marvel. However, today I will prove if that statement is totally nonsense because there are a lot of Villain and Marvel superheroes that can make QuickSilver looks like a baby who still learning to walk. Do you want to know about who is them? Check out the list below!

5 Fastest Heroes and Villain In Marvel

So, what do you think about this? Who will be the winner if all of them race in one lane? Will it be Thanos? Makkari? Well, we will never know. I think my article today about 5 fastest villain and heroes in marvel universe is enough and clear. Don’t forget to share my article today with the other Marvel superheroes lover. See you on my article and have a nice day dude.