Hello and good morning guys, nice to meet you again. This day I want to share my review on Inuyasha anime and manga. So, anyone in here who never watch Inuyasha anime or read the Inuyasha manga? Well, all I can say is really unfortunate for you if you never read the manga or watch the Inuyasha anime. However, don’t be sad too soon dude. This day I will share my Inuyasha review to all of you. Who knows? Maybe you will be interested to read the manga or even enthusiast to watch the anime? Who knows, right? Well, without wasting more time, check out my review on Inuyasha today!

History Of Inuyasha Anime and Manga 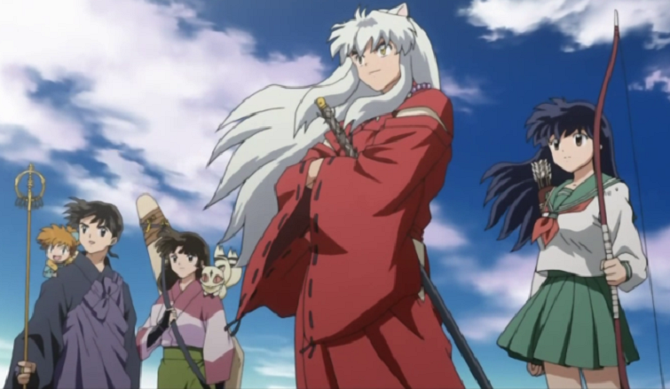 Well, there are a lot of Otaku outside there from across the countries love to watch this anime and really love the works of Rumiko Takahashi on manga book. However, there are not so many people who know about the background story of this best seller manga and anime. That’s why today I would bring up the topic that will tell you everything about this manga and anime.

Inuyasha comes from separated Japanese words Inu means dog and Yasha mean ghost and Inuyasha mean Ghost Dog in the shape of a human. This manga is made by Rumiko Takahashi and later adapted to anime by Sunrise on 16 October 2000 until 13 September 2004. Anime Inuyasha got the sequel chapter with the title Inuyasha: The Final Act on 3 October 2009. 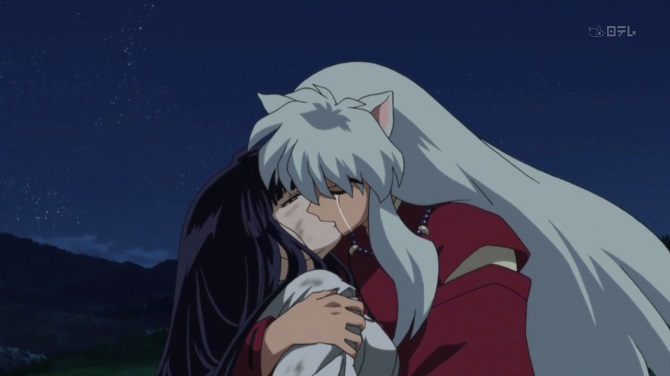 The Inuyasha story starts with the story of a high scholar Kagome Higurashi that being dragged by force by a centipede demon into an old well called Bone Eater’s Weel. However, instead of hitting the bottom of the well after being dragged by a demon, Kagome threw to the past and soon she knows that she is being dragged to the era of Sengoku in Japan by that demon. After a misunderstanding and a moment of desperation, Kagome tries to run away from the demon centipede. Until finally she can’t run away no more but lucky for her. Kagome meet someone looks like a boy with a dog ear pinned into the tree. She comes closer and after making an agreement with that strange boy to defeat the centipede demon, Kagome set the boy free to fight the demon. The story of Inuyasha and Kagome start from here.

From that story, we can make a conclusion that Kagome has the power to control and lure a demon. All of that power come because of something inside her body. Well, we also can take a conclusion that Inuyasha character is nice. But because he is a Yokai, sometimes he also being misunderstood by the other people.

Well, I think my article today about Inuyasha review is enough for today. Thank you for sparing a few minutes to come and read my article. I hope my article today can make you more interested in anime and manga. If you think my article is useful enough, please share my article with the other people who doesn’t like manga or anime. See you soon in my next article, I hope we can meet again on another chance and have a nice day dude.